The Houston Astros own 99.9 percent odds to win the American League West, a figure (via FanGraphs) so gaudy that their 3-2 victory over the Seattle Mariners on Sunday did little to move the needle.

But from a practical standpoint, the Astros felt better about completing their season series with Seattle by claiming six of seven games over the past 10 days.

Houston, which will host the Boston Red Sox for a three-game set starting Monday night, won 12 of 19 games overall against the Mariners this season and extended its division lead to 12 games over second-place Seattle.

"They were hard-fought games," Astros manager Dusty Baker said. "They're a quality team. They're hurting a little bit (Sunday), but every time that you beat somebody in your division, that's a two-game gain. That was huge."

Right-hander Luis Garcia (8-6, 3.81 ERA) will start the series opener for Houston on Monday. He had his five-game winning streak snapped in a 5-3 road loss to the Oakland Athletics on July 26, allowing four runs on four hits and four walks with seven strikeouts over 5 2/3 innings.

Garcia is 1-1 with a 3.27 ERA in two career starts against the Red Sox. He allowed five runs (three earned) on five hits and three walks with four strikeouts over four innings in a 5-1 loss at Boston on May 18.

Right-hander Nathan Eovaldi (4-3, 4.43) is the scheduled starter for the Red Sox.

He is winless over his last three starts, going 0-1 with an 11.08 ERA, including a 7-6 loss to the Cleveland Guardians in which he allowed five runs (four earned) on nine hits with one strikeout over six innings on July 27.

Eovaldi is 1-3 with a 5.17 ERA over seven career starts against the Astros. He surrendered nine runs (six earned) on eight hits while recording five outs in a 13-4 home loss to Houston on May 17.

The Red Sox completed a ragged 10-game homestand, their longest of the season, with a 7-2 victory over the Milwaukee Brewers on Sunday. Boston averted a series sweep by riding a five-run fifth inning to just its sixth win in its last 23 games yet finished 3-7 on the homestand.

A series loss on the road against the Chicago Cubs to open the month started the Red Sox's slide, one that included a stretch of nine defeats in 10 games against divisional opponents punctuated by a 28-5 home loss to the Toronto Blue Jays on July 22.

Boston tumbled from the thick of the AL wild-card picture to last place in the East, a drop that certainly tests resolve.

"One thing for sure is nothing has changed as far as preparation and going about the game the right way," Red Sox manager Alex Cora said. "Sometimes it doesn't look great, but we were very proud of how we have stayed the course."

"It was a tough month, a very tough month ... but we finished the month on a positive note." 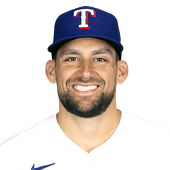 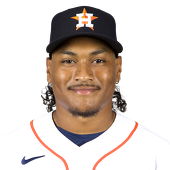