On paper, opportunity should be knocking for the San Diego Padres.

The Padres will welcome the struggling Colorado Rockies to town for five games in a span of four days beginning Monday night.

San Diego, in second place in the National League West, has an uphill battle in trying to overcome a 12-game deficit to the Los Angeles Dodgers. But the Rockies, who have lost seven of 10 since the All-Star break, figure to give the Padres a chance to strengthen their grip on a wild-card playoff spot.

The Padres currently have the second spot, five games behind the Atlanta Braves but only 1 1/2 games up on the Philadelphia Phillies, who hold the newly created third spot. The St. Louis Cardinals are only another game behind the Phillies.

The Rockies, however, have given the Padres a bad time this season, beating them eight times in 11 games. In fact, the Rockies are 22-21 against the NL West this season, but just 24-36 against everyone else.

Colorado manager Bud Black said the Padres "caught us a couple times when we were playing some of our better ball."

The Rockies won three of four over the Padres in Denver just before the All-Star break. Three weeks before that, also in Coors Field, the Rockies swept a three-game series.

The teams will play a day-night doubleheader Tuesday and single games Wednesday and Thursday while making up for a series postponed from the season's delayed start.

Interestingly, neither team has announced probable starters beyond Monday's game.

"A lot of pitchers will be facing a lot of hitters over the next four days," said Black, a former Padres manager.

San Diego's current manager, Bob Melvin, is optimistic that the Padres could be on the upswing after taking two of three from the visiting Minnesota Twins over the weekend.

"Overall, it's been better since the All-Star break," Melvin said. "We've had a couple bad games. But the defense today was sharp. The three relievers at the end did very well. (Luis) Garcia is ready for anything. If we keep playing like this, we'll keep winning games."

Senzatela will make his 16th start of the season and his third since coming off his second stint on the injured list. In his last start against the White Sox on July 27 at Coors Field, he gave up three runs on eight hits over 6 2/3 innings in a no-decision as the Rockies won 6-5.

Senzatela has faced the Padres once this season, picking up the win on June 19 at Coors Field when he allowed one run on six hits across six innings.

Senzatela is 8-3 with a 3.17 ERA in 18 career appearances, including 12 starts, against the Padres. Seven of those outings, including four starts, came at Petco Park, where Senzatela is 2-2 with a 3.76 ERA. He has not pitched at Petco since 2020.

Over his last two starts, Clevinger has allowed three runs on 10 hits and three walks, with 13 strikeouts, in 13 innings. He went seven innings for the first time this season in his most recent start on July 26 in Detroit.

"There are no more limitations on Clev," Melvin said.

Clevinger didn't make his season debut until May 4 due to a knee injury. 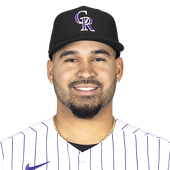 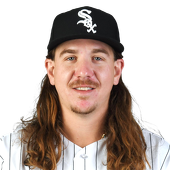